We had a wonderful dinner in the evening with class leaders and spouses, 15 of us all together. We had a nice dining room to ourselves at the Airport Bewley’s Hotel. 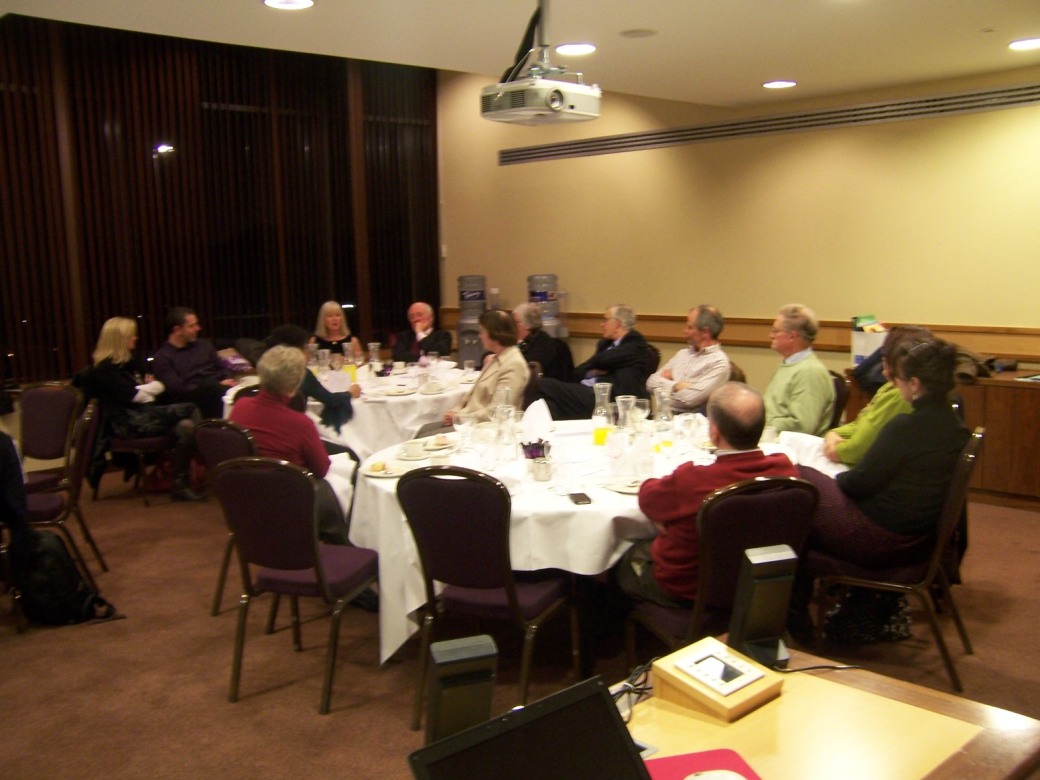 Sharing the blessings of our studies this year.

We kept the program light with sharing testimonies of the year’s blessings and discussing some future ministry changes and Christian events coming up in which we will be participating.

It was interesting to note that almost half of the leaders there (two were spouses who are not involved with CBSI) were from one of our newer studies at Marley Parish. One couple, Gerald and Anne (far end, facing the camera), had just returned this week from their honeymoon in the Canary Islands. Anne co-leads the Marley Parish study with Robert, our national coordinator. Another leader, Els, was on her way back from Belgium (her husband, Ciaran, is closest to the camera) and joined us a while later, making our total 16.

We had 5 studies represented. We were disappointed that Sammy & Joan were not able to join us from Northern Ireland. Joan had just been called that her sister-in-law in England had just been returned to the hospital in serious condition, so she was preparing to go be with her brother and family there.

A very encouraging evening with leaders whose passion for CBSI continues to grow.