A few days before Oct 12, we received a surprise invite from Veronica, the incoming CBSI-Europe Regional Director. Veronica has been our CBSI supervisor for several years and we were giving her an update on Ireland. One of the items had implications throughout Europe and she wanted to bring it up at the Europe Regional Servants Team (RST) the following week in Budapest.

Veronica said she had wanted to ask us before if we would consider coming to represent the Calebs to Europe, but thought we would be too busy since we had just arrived back in Ireland. Indeed we had been busy, but were available during this time to represent the Calebs and discuss relevant issues. So we made arrangements and headed to Budapest for a few days … fortunately, the Europe ministry was able to cover our expenses.

We enjoyed two days of meetings and meals with Veronica and four others from around Europe who provide overall leadership to the ministry in Europe. It was a great time of getting to know the other team members better and learning about future plans for the ministry in Europe as we transition to a new director as well as changes in the ministry worldwide. Since the meeting Veronica has confirmed her desire for us to represent the Calebs on the RST for a few years.

There were also some personal highlights on the trip. Tim and Cathy Rutman, original Calebs to Ireland and dear friends, have a grandson living in Budapest. Their grandson’s wife just had a baby two months ago and Cathy and her daughter were flying to visit them, arriving on Wed, the 15th. Since we wanted a day to get to see Budapest, we planned our trip to stay an extra day and leaving on Wed, just a few hours after Cathy’s arrival.

Our hotel was just 5 minutes from their grandson’s home, so they invited us to come over for tea and dessert on Tues evening. He even came to the hotel to take us back on the tram. Over tea and dessert he laid out a plan to take the tram and metro downtown to visit some recommended sites. The plan included getting back to their tram stop where they would be waiting with out suitcases and we would all head off to the airport to pick up Cathy and his mom.

So we got to enjoy a day of touring (and shopping) in Budapest and time with Cathy’s grandson and wife (whom we already knew from their time living in Virginia). And topped it off with a half-hour visit with Cathy and her daughter in the Budapest airport. It was probably a good thing that their son was sleeping while we were visiting Tuesday night … Cathy would probably have been very jealous if we had been able to hold him before she did.

Now for some pictures from our trip. It was interesting to learn that the people of Hungary were so appreciative of the part that the U.S. had in bringing down the iron curtain, that they had a statue of Ronald Reagan built in the square near the Parliament building in Budapest. 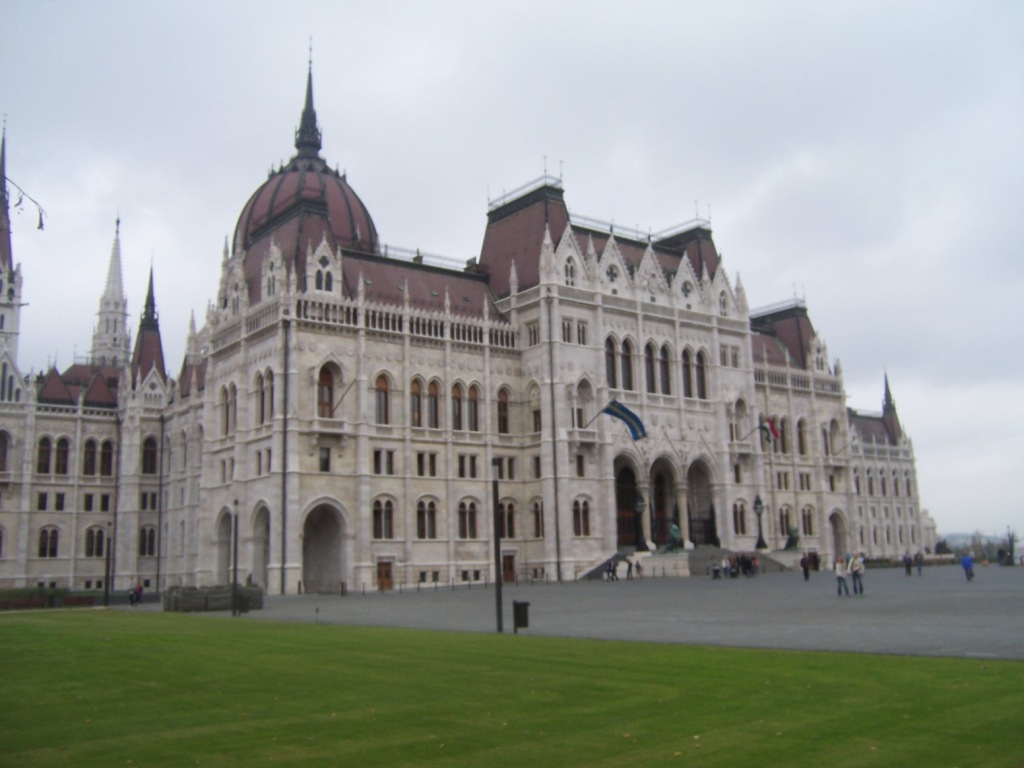 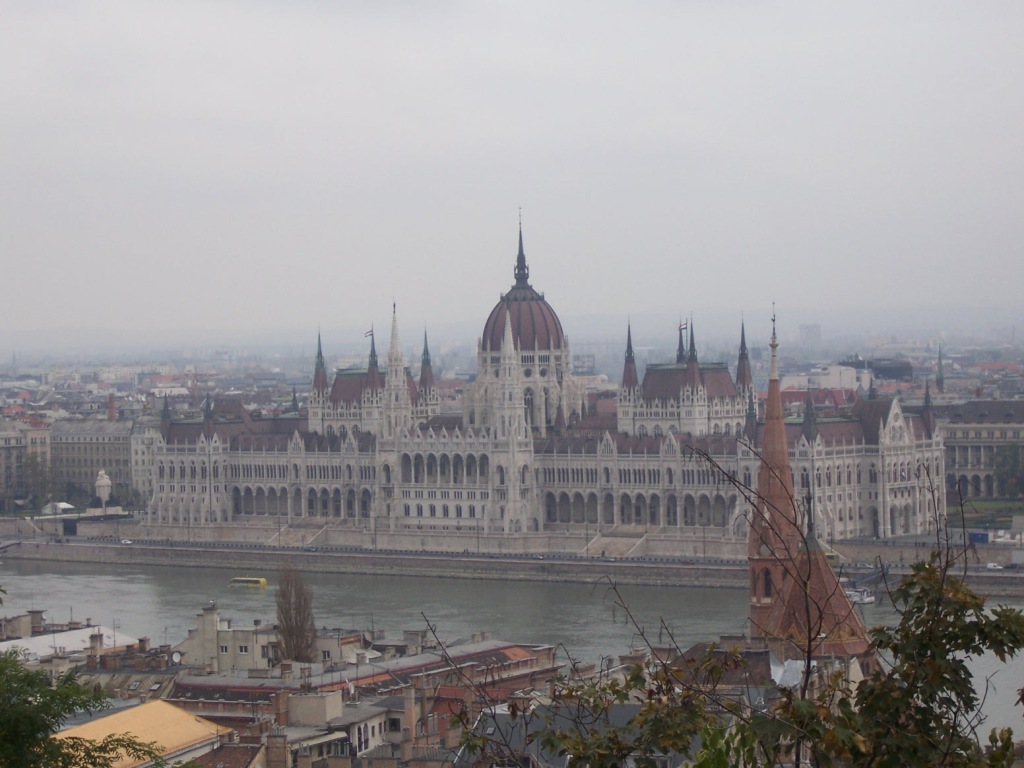 Hungarian Parliament Building from the Castle District across the Danube River.