Our trip to Ireland began on an encouraging note as Sam and Patti met up with Gayle Trivits at the Richmond Airport to fly together to Dublin. Gayle has applied to join the Allgoods and Driscolls as a Community Bible Study ambassador to Ireland. Since she had made it through most of the process of being accepted for training as an ambassador, we had invited her to join us for a week on this trip to get a taste of what the ministry involves. 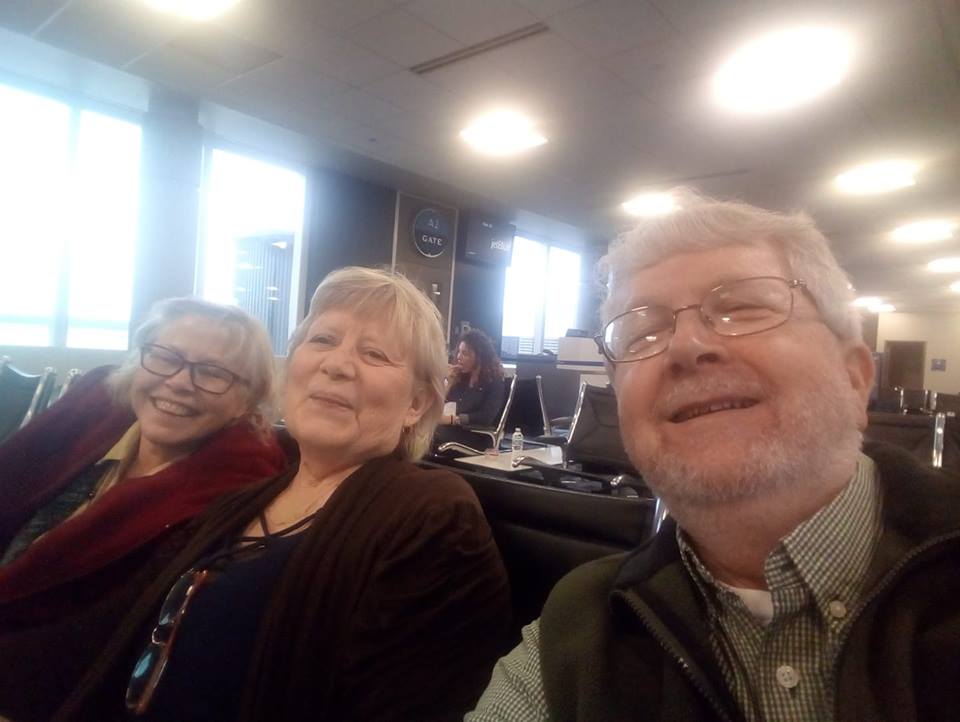 What a joy to learn at the airport that she had received final approval for training in the next class. The trip over went well and after a day of settling in and getting extra sleep, we were ready to hit the road running. Looking forward to the week ahead!

Gayle leads the Children & Youth ministry in the CBS class in Lynchburg, VA with Jean Driscoll and the original ambassador to Ireland, Cathy Rutman (who now serves on Gayle’s C&Y team). We are thrilled to have Gayle on the team and look forward to what God is going to do through her in Ireland over the coming years.

Patti and Sam Allgood were invited to attend a conference of 50,000 gathering in Italy the first week of June. It was a wonderful time of strengthening friendships and making new ones that hopefully will open doors for expanding Bible studies inside Ireland, throughout Europe, and further abroad. Here’s a picture of one of the main gatherings / concerts.

We went a few days early to enjoy some sightseeing as this was our first visit to Italy. It was hot compared to Ireland, so we were glad to get back to Ireland and some refreshing rain.

The men’s CBS Bible study group that Sam attends in Ireland celebrated the end of the study year with a pizza night. Jono, a chef, has built a pizza oven in his garden patio and taught us how to make our own pizzas. Fortunately he had already prepped the dough, but we each had to roll out our own. I couldn’t believe the pizzas only took one minute to cook … that was one hot oven! We had 10 members this year studying the Gospel of Matthew. 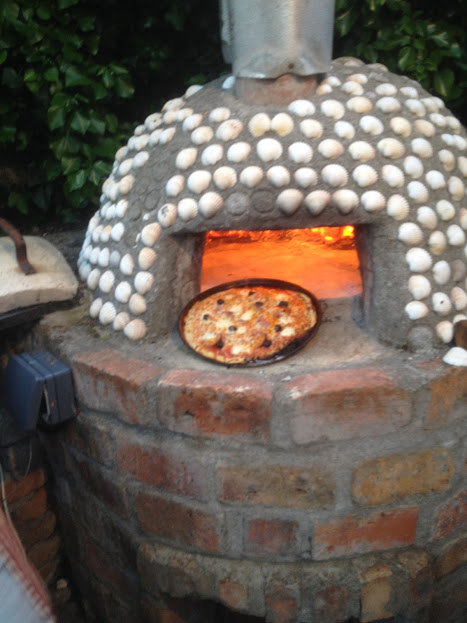 As the study year was coming to a close, Sam & Patti had a wonderful dinner with the ladies who lead a daytime Bible study group in Donabate. We ate at one of our favorite eateries, Stoop Your Head in Skerries. Antoinette and Ann have about a dozen ladies in their group this year, most of whom are from other countries. 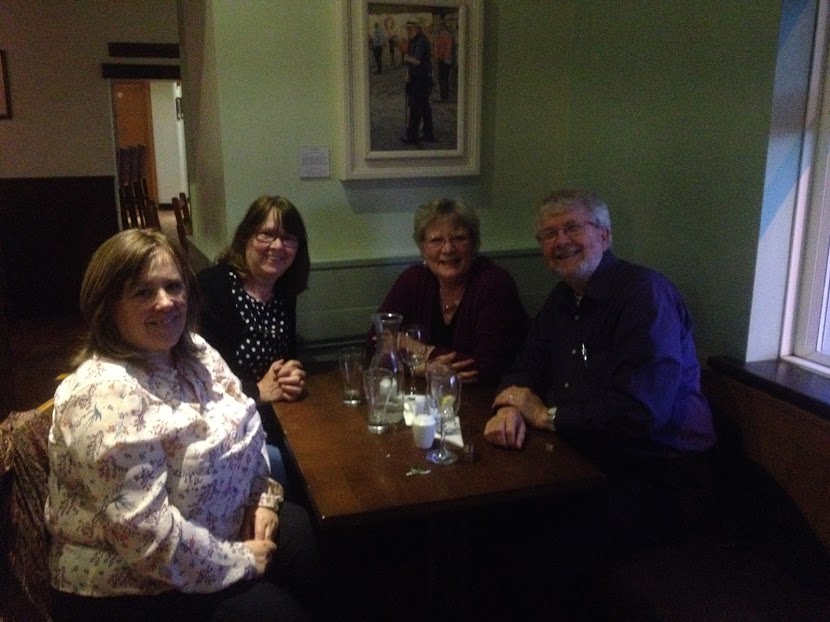 We took off a week in May for a holiday with CBS-Ireland founders Tim and Cathy Rutman who are house-sitting for some friends in Skerries, Ireland. We went to the West Cork area and enjoyed some lovely days with just a little rain. We say a lot of sights and visited a waterfall in County Kerry that was quite robust due to recent rains. It was a great, refreshing break from a busy season. 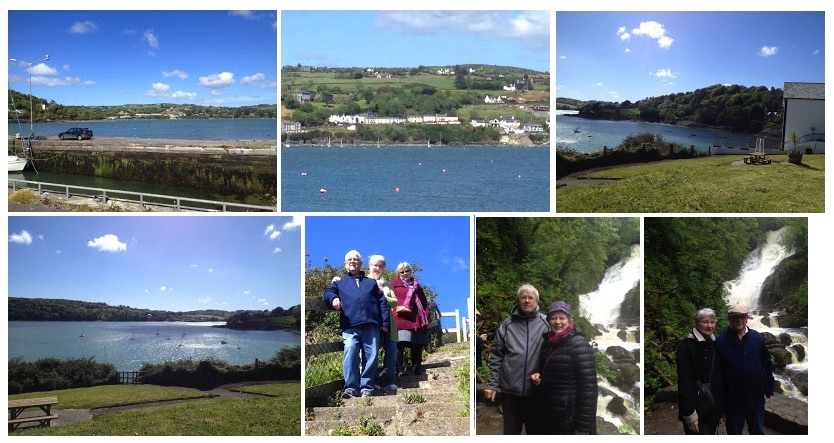 The scenic pictures were taken while enjoying tea at a roadside / seaside cafe in a little village called Glandore.

Sam & Patti trained 4 pastors and wives to lead CBS studies in April. The pastors lead two churches in Sligo and Galway under the auspices of World Venture. We conducted a full day of training on Saturday, sharing dinner and fellowship with them on Friday evening as shown below. Then on  Sunday we joined the Sligo team for their worship and lunch afterwards. We had a wonderful time together and hope that they will be able to start some outreach studies by September.

In March, about 25 joined us as we celebrated another year of CBS Bible studies in Ireland. We were encouraged to have 3 guests invited by group members joining us to learn more about CBS. We were even more encouraged that all 3 of those responded by getting involved in studies in their areas.

Charles and Jean Driscoll were with us as part of their first trip to Ireland as Calebs, having just returned from an exploratory trip to Cork. They shared with the group about their call to be Calebs to Ireland and about the Children and Youth Ministry they hope to build here. 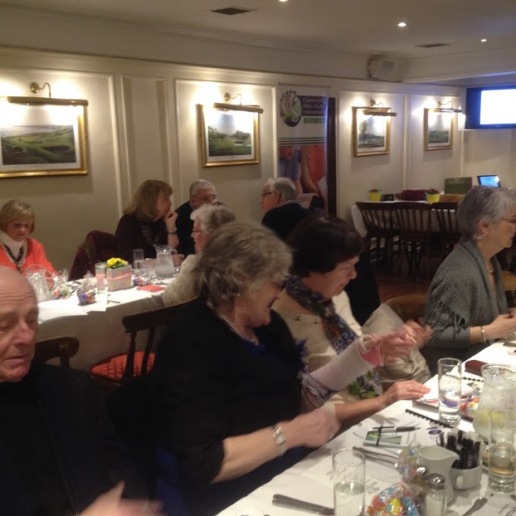 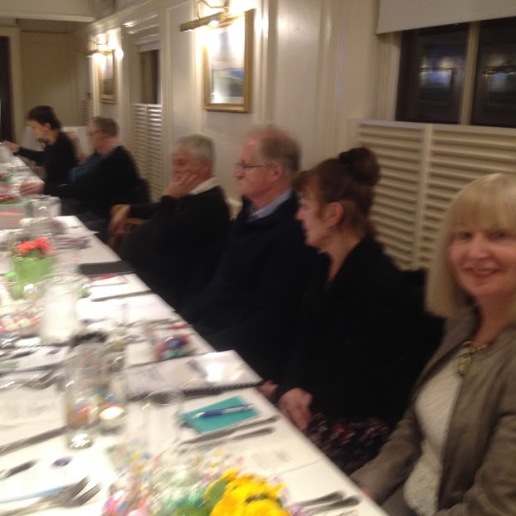 At a dinner in south Dublin on 26 Feb, 26 people gathered to dine, fellowship, and celebrate what God has been doing through CBS in Ireland over the last year. We were delighted to have several with us who came to learn about CBS for the first time. Below is the video we put together and showed during dessert of pictures we have of classes studying together or gathering for previous celebrations since 2004. 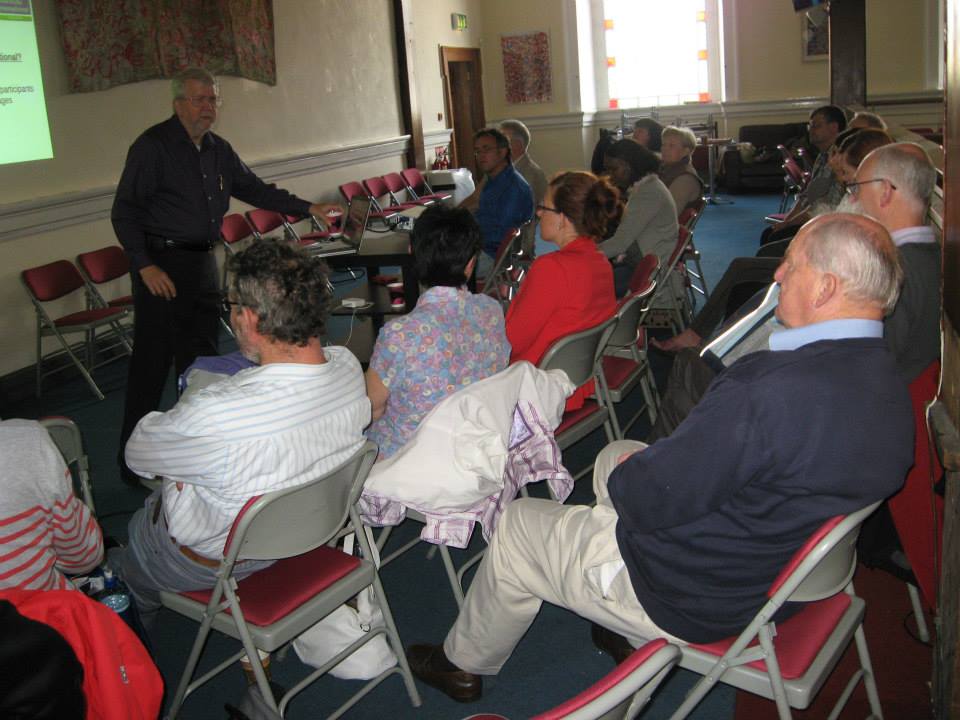 Since March, Sam and Patti have been working with the key leaders of an Irish prison ministry called RELEASE, to establish a Bible Academy for prisoners using CBSI studies. In the picture above, we are conducting initial training for about 20 volunteers who have expressed interest in becoming study leaders. Studies are slated to begin in August in two prisons and we will be training these volunteers by doing studies together over the next month.

Sam and Patti have been working closely with Connie, center, who is the RELEASE Volunteer Manager, and Tip (with wife Laurie) who was introduced at this meeting as the new Dean of Studies for the Bible Academy. Tip and Laurie are also missionaries from the US, having moved back to Ireland a few years ago to work with recovering addicts. We met Tip and Laurie through Tim and Cathy Rutman who knew them from their home church in Virginia.

Pray for us and this ministry as it has much potential for widespread impact. RELEASE is beginning to work in two additional prisons this year, so should be starting studies in those as soon as the time is right. Tip even invited some friends from Galway who have expressed interest in doing something in a 5th prison in their area.

Here are a few pictures of our time in West Cork celebrating our 45th anniversary on 13 June. A wonderful and beautiful area to celebrate, as well as have some relaxing time together. 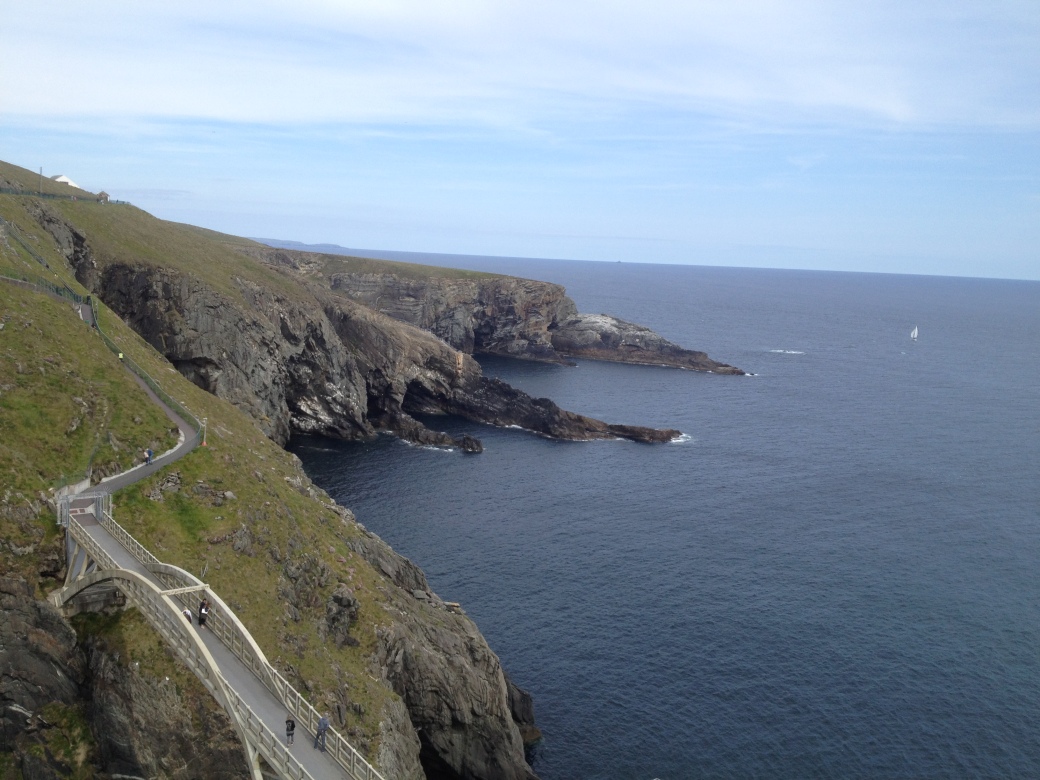 The bridge and shoreline at Mizen Head, one of the closest places in Ireland to the U.S. 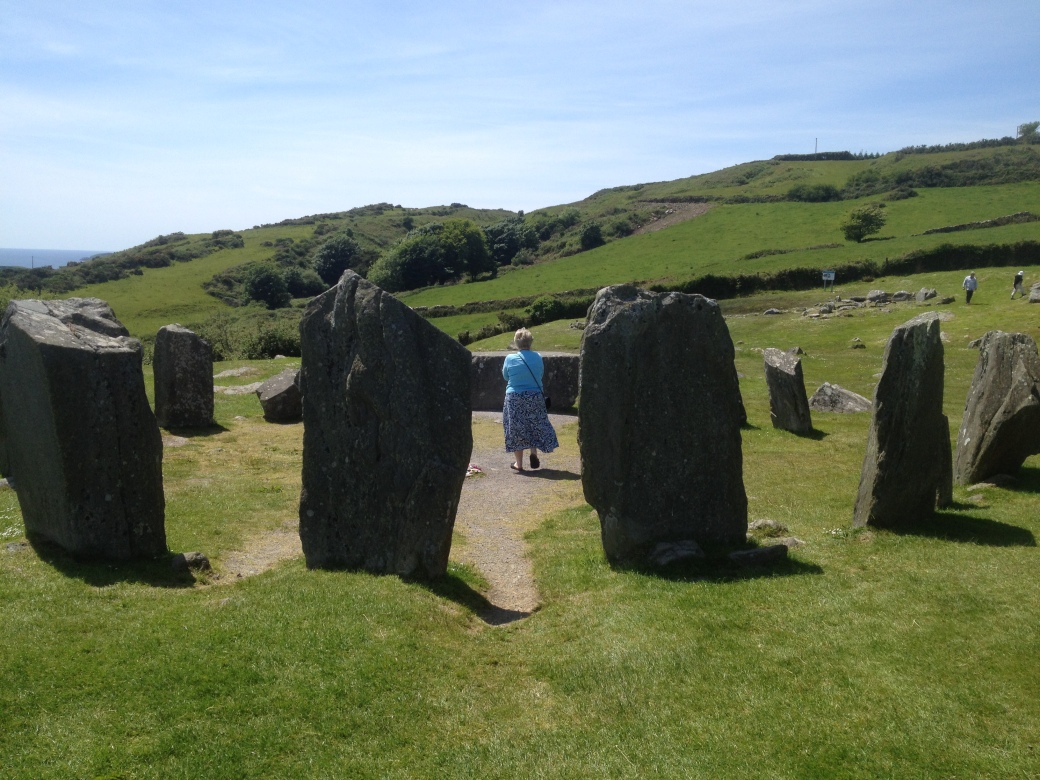 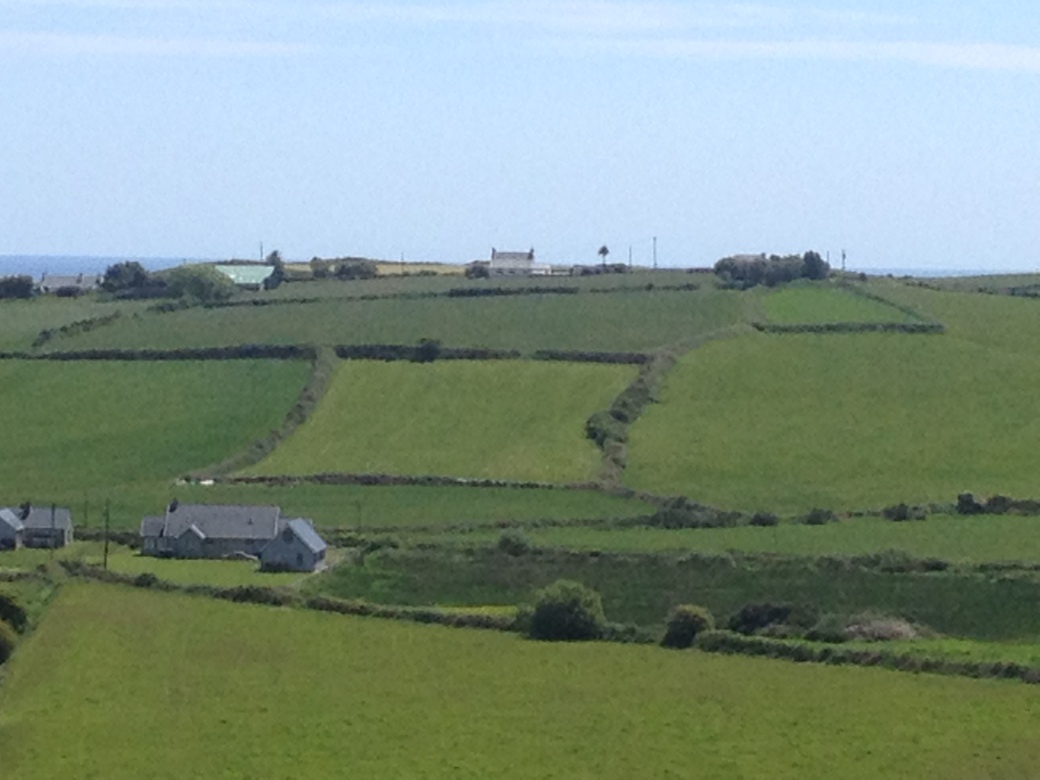 View from The Drombeg Stone Circle 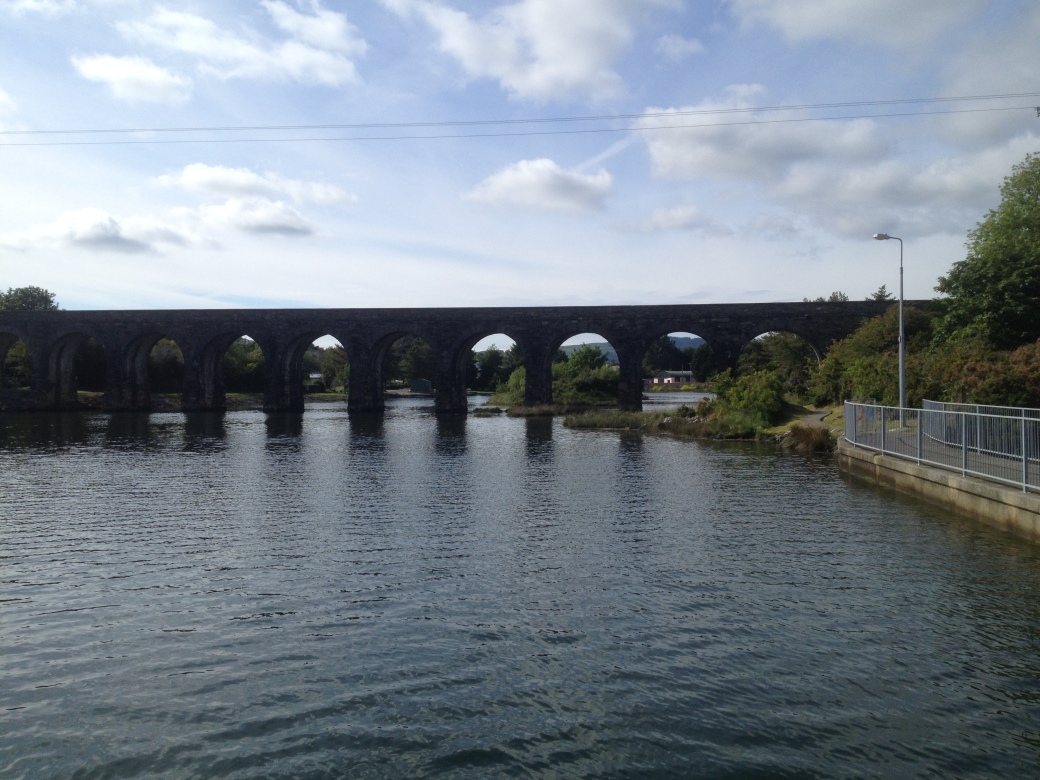